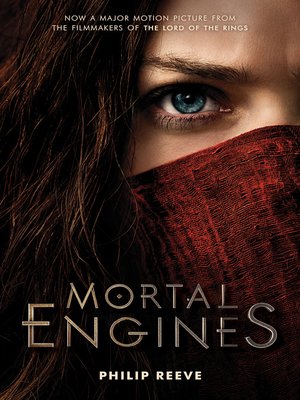 View more libraries...
"A breathtaking work of imagination, Hester Shaw is a heroine for the ages. The moment we finished reading this book we knew we wanted to make it into a movie." — Producer Peter Jackson
* "Reeve's [Mortal Engines] remains a landmark of visionary imagination." — School Library Journal, starred review
???Now a major motion picture produced by Peter Jackson!
London is hunting again. Emerging from its hiding place in the hills, the great Traction City is chasing a terrified little town across the wastelands. Soon London will feed.
In the attack, Tom Natsworthy is flung from the speeding city with a murderous scar-faced girl. They must run for their lives through the wreckage — and face a terrifying new weapon that threatens the future of the world.
Beloved storyteller Philip Reeve creates a brilliant new world in the Mortal Engines series, called "phenomenal... violent and romantic, action-packed and contemplative, funny and frightening" by the Sunday Times.