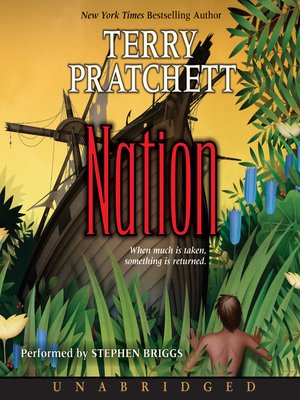 The sea has taken everything.

Thirteen-year-old Mau is the only one left after a giant wave sweeps his island village away. But when much is taken, something is returned, and somewhere in the jungle, Daphne—a girl from the other side of the globe—is the sole survivor of a ship destroyed by the same wave.

Together, the two confront the aftermath of catastrophe. And slowly, other refugees arrive—children without parents, mothers without babies, husbands without wives—all of them hungry and all of them frightened. As Mau and Daphne struggle to keep the small band safe and fed, they defy ancestral spirits, challenge death himself, and uncover a long-hidden secret that literally turns the world upside down . . . .

Internationally revered storyteller Terry Pratchett presents a breathtaking adventure of survival and discovery, and of the courage required to forge new beliefs.