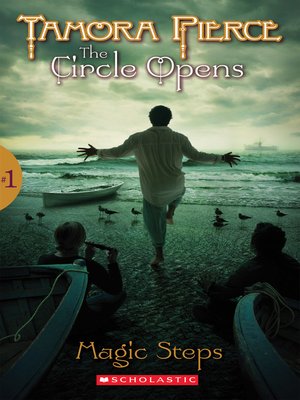 Part of the 8-book Tamora Pierce reissue for Fall 2006, this title in the Circle Opens quartet features spellbinding new cover art. Concides with the release of WILL OF THE EMPRESS in trade pb.

Lady Sandrilene fa Toren knows all about unusual magic—she herself spins and weaves it like thread. But when she witnesses a boy dancing a spell, even she is confounded. To her dismay she gets news of a mysterious murderer stalking a clan of local merchants. The killer employs the strangest magic of all: the ability to reduce essence to nothingness. As the murders mount and the killer grows bolder, Sandry's teaching takes on a grave purpose. It becomes clear to everyone that the killings can only be stopped by the combined magic of two people: the young teacher and her even younger student.