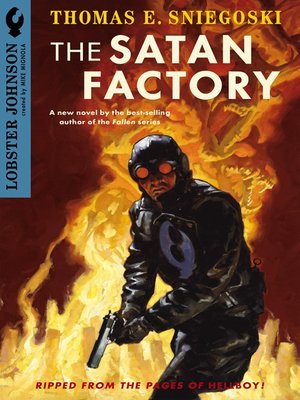 View more libraries...
Hellboy's premier crime fighter in an all-new novel!
Where greed and the occult walk hand in hand, where mobsters and monsters prowl the streets, none escape the justice of Lobster Johnson!
In the years before World War II, Jonas Chapel was a respected physician, until his appetite for vice got the best of him and he found himself on the run from one of New York's most powerful mob bosses. On the lam in Mexico, Chapel stumbles across a powerful witch and a cursed skeleton &mdash; and the power to transform men into monsters. Now, he's back in New York, selling his creations to the highest bidder.
Only one man, backed by his team of trusted sidekicks, stands in his way. But will the Lobster's resolve be enough to shut down Chapel's twisted Satan Factory &mdash; before New York itself is consumed?