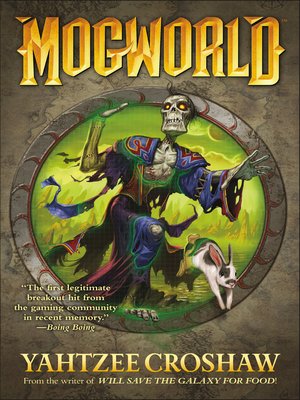 View more libraries...
In a world full to bursting with would-be heroes, Jim couldn't be less interested in saving the day. His fireballs fizzle. He's awfully grumpy. Plus, he's been dead for about sixty years. When a renegade necromancer wrenches him from eternal slumber and into a world gone terribly, bizarrely wrong, all Jim wants is to find a way to die properly, once and for all.

On his side, he's got a few shambling corpses, an inept thief, and a powerful death wish. But he's up against tough odds: angry mobs of adventurers, a body falling apart at the seams &mdash; and a team of programmers racing a deadline to hammer out the last few bugs in their AI.

With an exclusive one-chapter preview of Yahtzee Croshaw's next novel, Jam&mdash;coming to bookstores in October 2012!

"The first legitimate breakout hit from the gaming community in recent memory."