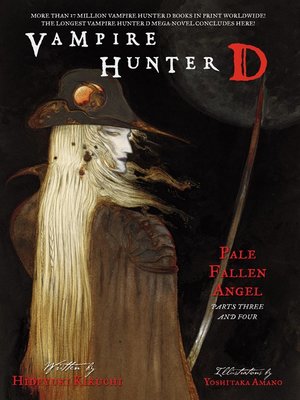 View more libraries...
Baron Byron Balazs nears the end of his arduous journey; his bodyguard-the enigmatic and deadly Vampire Hunter D &mdash; has delivered him to his faraway home in Krauhausen. Having survived the near-epic journey, and many attempts on his life &mdash; ordered by his father, the dread Vampire Noble Lord Vlad &mdash; the baron thinks he is ready for his final battle, whatever the cost. But Lord Vlad is not so easily vanquished, as he unleashes yet another host of nefarious killers on his son, not least of whom is a mad doctor who was enlisted to perform sinister experiments on the young baron's mother years before!

* The epic conclusion of the longest Vampire Hunter D story ever. This book was originally published in four individual novels in Japan. To make this more affordable for fans, we're releasing this mega-novel as two omnibus volumes!