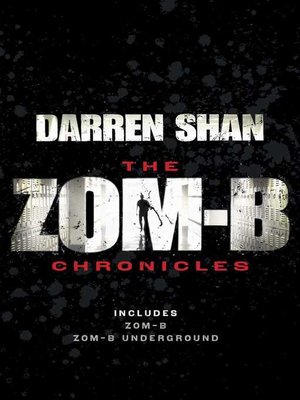 View more libraries...
This radical, masterful series from internationally bestselling author Darren Shan is perfect for fans of The Walking Dead.
At first, no one believed the viral footage was real. A conspiracy, some thought; perhaps a terrorist fear campaign - cleverly executed CGI and an awful lot of fake blood. But it turns out there was nothing fake about it.

The undead have hit London, and they're taking over. Brain by brain.

Violent, conflicted, abused B Smith is caught up in a grisly battle for survival in a world that makes no sense. The war between the living and the reviveds will test B's principles to their bloodiest, most desperate limits.