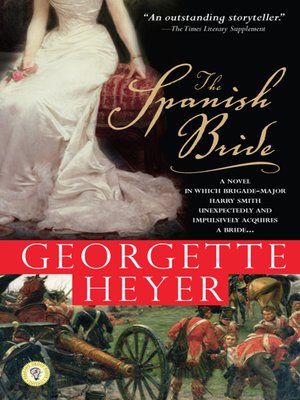 A tale of love at first sight, based on the true story of Brigade-Major Harry Smith and the very young Spanish noblewoman he met and married during the Peninsular Wars, when the Duke of Wellington's forces fought Napoleon's army in Spain and Portugal.

After marrying Harry Smith when she was 14 years old, Juana Smith "followed the drum," marching at the back of the troops along with the other wives and the officers' servants. Juana became a camp favorite, charming all with her youthful enthusiasm. In spite of the danger, Juana thrived on military life and her passionate, if somewhat stormy, relationship with Harry.
Heyer's research encompassed every available diary from that time period, including Harry Smith's, and all of the Duke of Wellington's writings and dispatches. She brings alive military life during the Regency period, how the armies marched and fought, as well as how the nobility provided for its own comfort with servants, horses, dogs and furniture.