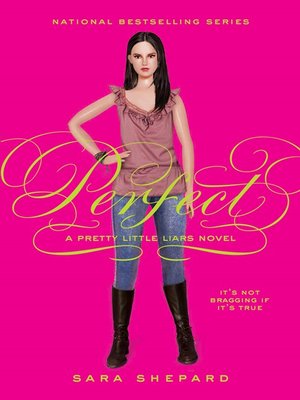 In Rosewood, Pennsylvania, four perfect-looking girls aren't nearly as perfect as they seem.

Aria can't resist her forbidden ex. Hanna is on the verge of losing her BFF. Emily is freaking out over a simple kiss. And Spencer can't keep her hands off anything that belongs to her sister.

Lucky me. I know these pretty little liars better than they know themselves. But it's hard keeping all of their secrets to myself. They better do as I say . . . or else.

Perfect for fans of One of Us is Lying, The Cousins, and A Good Girl's Guide to Murder, this third book in Sara Shepard's #1 New York Times bestselling Pretty Little Liars series brings new twists to the thrilling and magnetically compelling world of Pretty Little Liars, where everyone's got something to hide, and no secret stays buried for long.