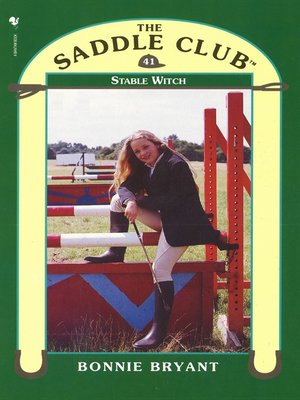 When Veronica diAngelo, a rider at Pine Hollow Stables, discovers that her stirrup leathers have been cut before a hunter jumping exhibition, everyone assumes that practical joker Stevie Lake had something to do with it. After all, Stevie recently served her friends pancakes made out of plaster of Paris, and it's a well-known fact that Stevie and the rest of The Saddle Club can't stand Veronica.

But would Stevie try to sabotage another rider - and risk injuring her valuable Arabian? If Stevie didn't cut Veronica's leathers, then who did? Is it the work of a 'witch' at the stable who's trying to jinx Veronica? And will The Saddle Club ever manage to clear Stevie's name?