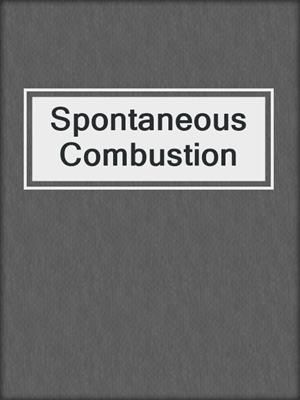 The story of Jack and Jeni begins with a chance meeting on the Internet, a hint of interest, an easy exchange of emails. He's a botanist. She's an advertising copywriter who after hours pens steamy sexual fantasies for her Internet blog. Something almost monumental stirs inside Jeni when Jack's emails arrive in her inbox. A spark lust ignites – something she hasn't felt since she put her love life on hold following the tragic loss of her long term love just a year before. But the fire of her libido is clearly growing again. One night, in the wake of a savage thunderstorm, Jeni awakens, driven to her computer with a graphic sexual tale, about a Masterful man and a surrendering female being taken and loved to the very depths of her darkest passions. There is heat, excitement and fireworks at the start, a quiet and affectionate end when the tale is finished. She sends the piece to Jack wondering what he'll think of it. In the morning, he calls, and in his voice she hears the kind of commanding authority she loves in man. He's there to take charge, there to be her Master, and her body instantly responds. He understands her. So many men would not. But Jack does, and the seduction begins in earnest. The slow building fire that began with that first email suddenly ignites in a flurry of titillating emails. They exchange fantasies. Share their darkest kinky (sexy) secrets; photos of paddles, floggers, collars and chains. And when their affair moves into real time, the spontaneous combustion of the past few weeks just gets better. With his desire to be dominant, hers to submit, they are a perfect fit. But all is not perfect in fantasyland. Soon enough, the two crash land in midst of a messy reality of their other lives. Of his work, and a troubling issue with Jeni's best friend, not to mention their own reservations about a sudden relationship that seems too good to be true. Both have been wounded by love. Neither wants to be hurt again. Can they navigate the murky waters of life and still hold true to the desire that brought them together? Can a relationship based on fantasy turn into Love? For a Masterful man, a surrendering female coming together in the middle years of their lives, they answer isn't easy. From steamy bedroom scenes, to a sexy night out on the town, to a revealing moment with his friends at his lake cottage, this story moves from one hot scene to the next as it weaves a tale of love, loss and finding intimacy.