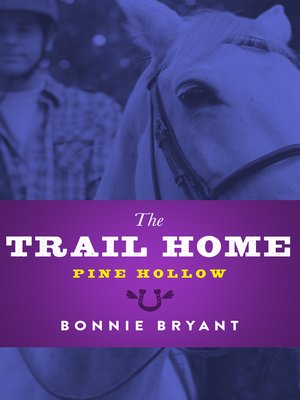 View more libraries...
After a near-fatal accident, the Pine Hollow girls are on the road to recovery
It's been several weeks since the car accident that almost killed Callie Forester. Carole Hanson and Stevie Lake escaped with a few scratches, but Callie wasn't so lucky. Stevie and Carole feel responsible—especially since Stevie was the one at the wheel—and it doesn't help that Callie's brother, Scott, is blaming them too.
With Lisa still in California, Carole's feelings for Ben becoming more complicated, Callie unable to ride, and Stevie wracked with guilt over the accident, the girls are beginning to wonder if it's too late to fix the summer—and their friendships.