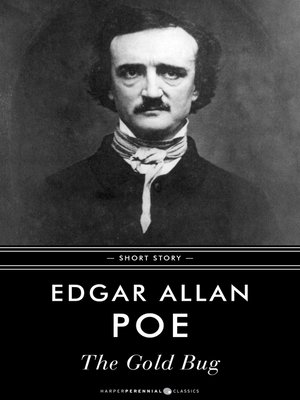 On Sullivan's Island in Charleston Harbor, William Legrand is—literally and figuratively—bitten by a gold bug and, thereafter, he becomes fixated on the idea of lost treasure. With his servant, Jupiter, a mysterious cipher, and the gold bug itself tied to a bit of string, Legrand sets out to find the buried loot of Captain Kidd.

A pioneer of the short story genre, Edgar Allan Poe's stories typically captured themes of the macabre and included elements of the mysterious. His better-known stories include "The Fall of the House of Usher", "The Pit and the Pendulum", "The Murders in the Rue Morgue", "The Masque of the Red Death" and "The Tell-Tale Heart".