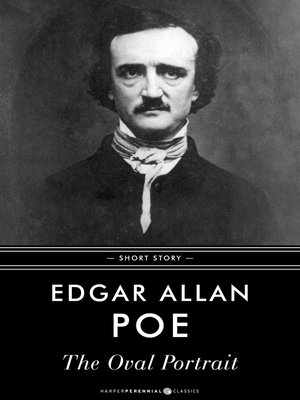 In this story of artistic obsession, a wounded man finds shelter in an abandoned château in the Appenines and with his valet settles into a small apartment in a remote turret. The oddly shaped room is full of paintings, and on his pillow the man finds a small book that appears to tell their stories. One painting in particular, of a beautiful girl, holds him spellbound, and, consulting the history book, he learns the startling secret of the oval portrait's extraordinary execution.

A pioneer of the short story genre, Edgar Allan Poe's stories typically captured themes of the macabre and included elements of the mysterious. His better-known stories include "The Fall of the House of Usher", "The Pit and the Pendulum", "The Murders in the Rue Morgue", "The Masque of the Red Death" and "The Tell-Tale Heart".