Kill Me Dead or I'll Be Back! 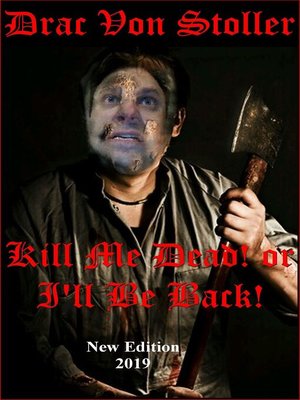 We've all heard this line before. "You better kill me dead, if you don't, I'll be back."

That's exactly what Tim said to these men that were terrorizing the town he was raised in.
These three brothers Dave, Tom and Jack were the most hated in the town of Hattiesfield.

Somehow these brothers didn't have anything better to do like have a job. They were always drinking heavily and getting into fights with the men in town because they would flirt with their women and carry it just a little too far.

One day when Tim was driving home a car pulled up right beside him and one of the men rolled down his passenger side window and said "Hey Tim do you want a race?"

"Are you chicken?" asked Jack, one of the passengers in Tom's car.

"No! Why don't you guys leave me alone!" exclaimed Tim.

The men started laughing and calling Tim chicken.
Tom decided to play chicken with Tim so he slowed the car down, and got behind Tim's car, and tapped his bumper several times. Tim started driving faster, but Tom wasn't about to let up on the chase. Tim finally lost control of his vehicle and his car went off into the ditch and caught on fire. Tom pulled his car over and all three men got out of the car and pulled Tim from his burning car.

Tim said "Thanks! I was almost a dead man."

Jack said "Did you really think we pulled you out of your burning car to save your life. We only pulled you out because we're going to whoop your ass!"