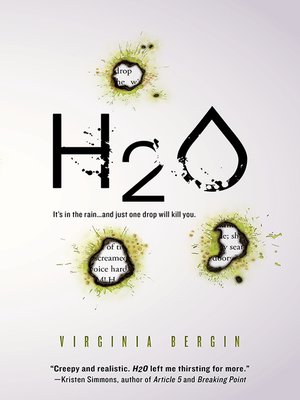 In the first book in a terrifying post-apocalyptic duology, it's in the rain...and just one drop will kill you

Against all odds, Ruby has survived the catastrophic onset of the killer rain. Two weeks after the radio started broadcasting the warning, "It's in the rain. It's fatal and there's no cure," the drinkable water is running out. Ruby's left with two options: persevere on her own, or embark on a treacherous journey across the country to find her father-if he's even still alive.

Don't miss the breathless conclusion to the H2O duology, THE STORM.