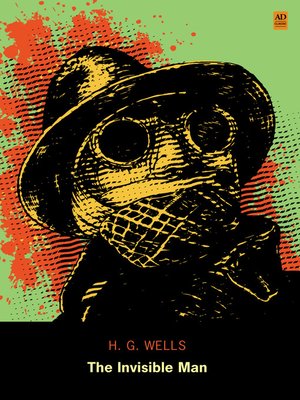 When a mysterious stranger arrives at a local inn with his face hidden behind bandages, he soon becomes the talk of the village. Locking himself in his room, he spends most of his time mixing chemicals, desperately trying to reverse the affects of invisibility. But when his money runs out, the invisible man soon discovers that he is ill-equipped on his own, and that he must place his trust in others if he is to survive. H. G. Wells is credited with the popularisation of time travel in 1895 with The Time Machine, introducing the idea of time being the "fourth dimension" a decade before the publication of Einstein's first Relativity papers. In 1896, he imagined a mad scientist creating human-like beings from animals in The Island of Doctor Moreau, which created a growing interest in animal welfare throughout Europe. In 1897 with The Invisible Man, Wells shows how a formula could render one invisible, recognizing that an invisible eye would not be able to focus, thus rendering the invisible man blind. With The War of the Worlds in 1898, Wells established the idea that an advanced civilization could live on Mars, popularising the term 'martian' and the idea that aliens could invade Earth.