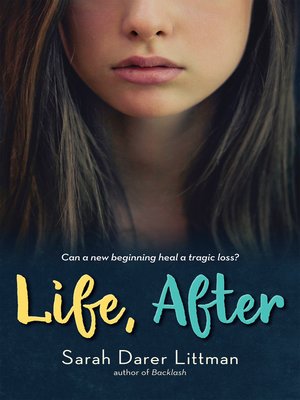 View more libraries...
After a terrorist attack kills Dani's aunt and unborn cousin, life in Argentina—private school, a boyfriend, a loving family—crumbles quickly. In order to escape a country that is sinking under their feet, Dani and her family move to the United States. It's supposed to be a fresh start, but when you're living in a cramped apartment and going to high school where all the classes are in another language—and not everyone is friendly—life in American is not all it's cracked up to be. Dani misses her old friends, her life, Before.
But then Dani meets a boy named Jon, who isn't like all the other students. Through him, she becomes friends with Jessica, one of the popular girls, who is harboring a secret of her own. And then there's Brian, the boy who makes Dani's pulse race. In her new life, the one After, Dani learns how to heal and forgive. She finds the courage to say goodbye and allows herself to love and be loved again.