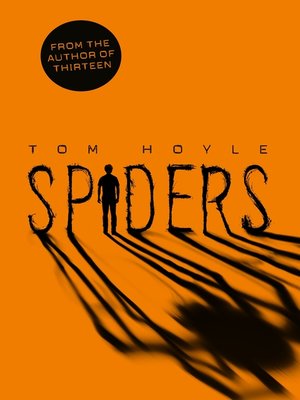 From the author of Thirteen, Tom Hoyle's Spiders is a creepy, spine-tingling thriller that will leave you breathless, perfect for fans of Michael Grant.

Adam may have survived once, but a cult still has him in its sights. And this time he may not escape with his life . . .

Abbie's dad is an undercover agent, tasked with exposing dangerous cults. He's normally able to maintain his distance, but this time Abbie's worried he's in too deep.

Megan was sure she and Adam were safe, but now he's missing and she's the only one who can help him . . .