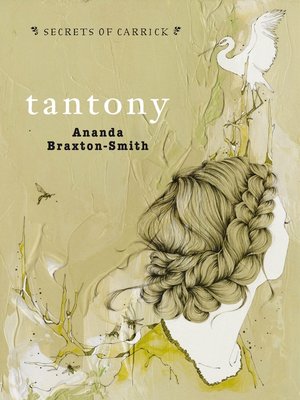 We found my brother in the skybog.It was me that found him.

Boson Quirk is dead, face-up in a bog of stars. Almost everyone in Carrick said that the boy was a monster, and now Fermion is sure that the townspeople are looking sideways at her, wondering if she'll go the way of her cursed, mad twin. When a new voice rises inside her, Fermion begins to wonder the same thing. The voice tells her that the answer to Boson's affliction lies on the other island, the one that everyone says is bristling with gods and monsters. But what waits for her there? Surely it is madness to pursue the answer?

Tantony is the second book set in the Secrets of Carrick universe and returns young adult fiction readers to the magical world of Celtic mythology. Australian author Ananda Braxton-Smith merges literary fantasy with mystery in this atmospheric tale of mental illness and self-discovery. Teen girls will love this novel and devour the others in the series, Merrow and Ghostheart.