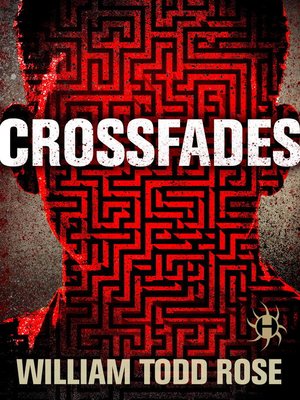 View more libraries...
In a dark horror novella for fans of Stephen King, Joe Hill, and Dean Koontz, one unsuspecting man faces a mass murderer who’s turned the afterlife into his own terrifying playground.

Some men fear their own deaths. Others dream of peace and heaven. But Albert knows exactly what he wants: to be the lord of his own private hell, where his eternal reward will be torturing the souls of his victims. And he knows how to get it.

While Chuck’s dream of a promotion may be ordinary, his career is anything but. As a Recon and Enforcement Technician, Level II, at a mysterious organization known only as the Institute, Chuck spends his days rescuing souls that get trapped between this life and the next, caught in mini-hells known as crossfades.

Lydia has no dreams—only nightmares. There will be no awakening from the impossible realm of terror and pain where she’s trapped . . . unless Chuck tracks her down. But this rescue will not be easy, not for a mere Level II technician. Because, in this place, Albert is god. And he’s determined that none shall escape his wrath.

“With strong echoes of Richard Matheson’s I Am Legend, William Todd Rose’s Apocalyptic Organ Grinder delivers on all fronts. The action is brutal and the blurring of man and monster intelligently and inventively handled. Rose has written a smart thriller with a ton of heart.”—Joe McKinney, Bram Stoker Award–winning author of The Savage Dead and Inheritance

“Dark, and definitely not fluffy . . . a no-holds-barred look at what may happen in the future.”—Mrs. Condit & Friends Read Books