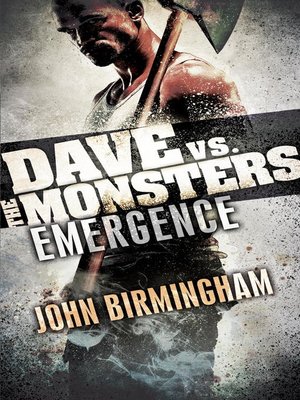 View more libraries...
For fans of Jim Butcher and Kevin Hearne comes an action-packed new urban fantasy series featuring a tough, bleakly funny, down-on-his luck oil rig worker with an unlikely destiny as a monster-slayer and savior of the planet.

"Monsters," said Vince Martinelli. "There are monsters on the rig, Dave."

Dave Hooper has a hangover from hell, a horrible ex-wife, and the fangs of the IRS deep in his side. The last thing he needs is an explosion at work. A real explosion. On his off-shore oil rig.

But this is no accident, and despite the news reports, Dave knows that terrorists aren't to blame. He knows because he killed one of the things responsible.

When he wakes up in a hospital bed guarded by Navy SEALs, he realizes this is more than just a bad acid trip. Yeah, Dave's had a few. This trip is way weirder.

Killing a seven-foot-tall, tattooed demon has transformed the overweight, balding safety manager into something else entirely. A foul-mouthed, beer-loving monster slayer, and humanity's least worthy Champion.

From the Paperback edition.