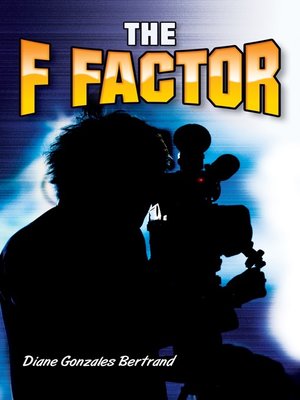 This novel for teens explores contemporary issues such as the intense pressure put on kids to succeed.

Javier Avila knows tenth grade is going to be exciting, even though everyone says sophomore year is so dull even the teachers get bored. Sophomores are nobodies, according to the upperclassmen at St. Peter's High School, but suddenly—and against his will—Javier finds himself front and center as the anchorman for the school's brand-new televised announcements.

At first Javier is sure the Media Broadcasting elective he finds on his schedule is a mistake. He's spent his whole life trying to live up to his reputation as "the smartest guy ever," and he doesn't have time for a fluff class. And anyway, why would anyone choose to look stupid in front of the whole school every morning?

But his counselor has been trying to convince him to join in extracurricular activities since his freshman year, and he's not going to let Javier off the hook: "There's more to life than studying 24-7." To add to Javier's anxiety about being exposed as an academic fraud, he's paired with Pat Berlanga to co-anchor the news. He's going to be on TV with a guy who's known for sleeping the day away?!? The guy would rather nap than talk! To their surprise though, Javier and Pat make a good team, and Javier soon realizes that he has a special talent for public speaking, writing scripts, and editing video.

Javier and Pat slowly begin to feel more comfortable breaking free of the reputations imposed on them by others, but Javier wishes that he could feel as confident approaching Feliz, Pat's drop-dead gorgeous sister. Popular young adult author Diane Gonzales Bertrand has once again written a novel that will strike a chord with contemporary teens who struggle with questions about their choices in friends and the extreme pressure—whether internal or external—to succeed in today's competitive world.