The Whithering of Willoughby and the Professor: Their Ways in the Worlds, Volume 2 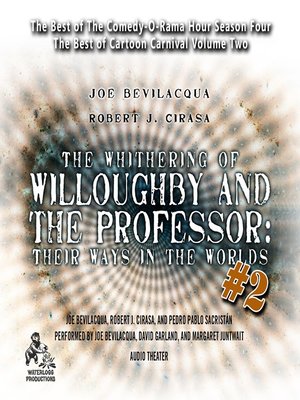 These are the further misadventures of the pertinacious professor and his perky partner who pucker around the globe and through time and space, in a vain attempt to "cure the world of all its ills." This second set of imaginative, sound-effect-rich audio cartoons, produced, directed, and voiced by veteran, award-winning radio theater artist Joe Bevilacqua, with announcing by David Garland (WNYC, WQXR) and a special guest appearance by Margaret Juntwait (the Metropolitan Opera), includes:

Fiction Humor (Fiction)
The Whithering of Willoughby and the Professor: Their Ways in the Worlds, Volume 2