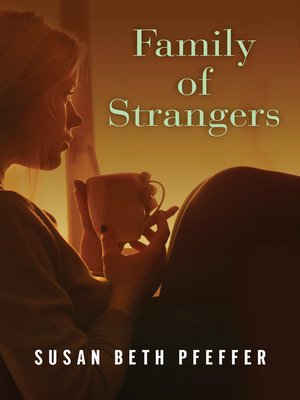 Sometimes Abby thinks the most important event in her life happened before she was even born
Abby's not dying; in fact she's perfectly healthy. If she were dead, maybe her father would grieve for her the way he's still grieving for Johnny, who would have been Abby's older brother if he hadn't died when he was only two. Probably not though. The only time her dad even notices her is when he's pushing her into an Ivy League college. And now that Abby's oldest sister, Jocelyn, has left for med school, and Jess, the middle sister, has run away to pursue a major in drug and alcohol addiction, her mom is rarely home.
Living among strangers, Abby writes letters and makes up imaginary dialogues with a boy that she's too shy to approach. And she draws up her will over and over, trying to decide who should inherit her teddy bears and who should get all the guilt and recrimination that have accumulated in her family.
Left alone—as always—Abby figures her choices are to be physically dead, emotionally dead, or really alive. But living means shaking things up, taking chances, and saying all those things her family would rather keep covered up. It might not end well, but what does she have to lose?