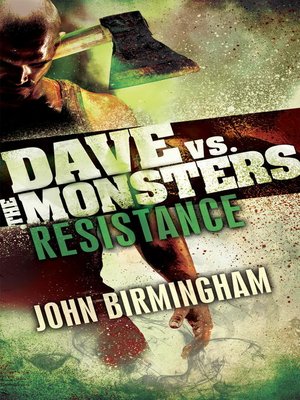 When you drop a monster-killer on the Strip, all bets are off.

Holed up in Las Vegas after the tumultuous Battle of New Orleans, Dave is enjoying the VIP perks afforded a champion monster-slayer. He may be a superhero of swag and the toast of the town, but if some fire-breathing dragons have their way, odds are everyone will soon be toast. As the hordes from the UnderRealms regroup for their next attack, Dave parties with celebrities, lunches with A-listers, and gets his ass lawyered up—because his hellacious ex is looking for a piece of that sweet, sweet action.

It's all good, until new monsters roll in, looking to parley with "the Dave."

WTF, monsters. Do you think the Dave can't spot a trap before he falls into it? And when things go to hell at warp 10, a suit from a shadow operation swoops in to offer Dave a deal he can't refuse. Now Dave's about to face off against an opponent who makes battling bloodthirsty behemoths look like child's play—a ravishing Russian spy with a few superpowers of her own.