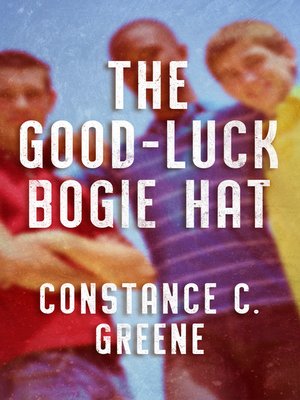 A tale of two brothers, one lucky hat, and a whole lot of style
Ben and Charlie are utterly preoccupied with fashion: Older brother Ben thinks he represents the cutting edge of what's hip, and younger brother Charlie tags along. Chief among Ben's treasure chest of dapper duds is his good-luck Bogie hat, a fedora that makes him look like Humphrey Bogart.
But when Ben starts dating a girl named Penny, his notion of what's cool and what isn't gets thrown out of whack. Charlie stands by, indignant and amazed, as Penny wraps his older brother around her little finger. When Ben's grades start to slip, his parents shake their heads in amazement: Their eldest child has been bewitched!
But when Ben spends his own money on a boring white shirt to please his girlfriend, Charlie finally decides to snap his beloved brother out of it. Hijinks ensue as Charlie schemes to save Ben, his sense of style, and even the Bogie hat from certain doom. It's up to Charlie to remind his sibling that being yourself is infinitely more valuable than trying to impress someone new.