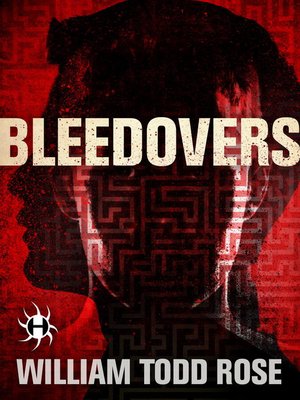 View more libraries...
Sure to thrill readers of Stephen King, Joe Hill, and Dean Koontz—William Todd Rose’s new dark horror novella is a tale of bloody retribution that blurs the line between the waking world and the terrors of the night.

There’s only one thing standing between humanity and the dark forces of the supernatural: the secret agency known as The Institute. The organization depends on regular guys like Chuck, a Level I Recon and Enforcement Technician who guides tormented spirits into the next life.

From an office deep underground, Chuck projects his spirit into Crossfades, monstrous realms where the souls of the dead, unable to move on due to fear or anger, devise macabre tortures for themselves and one another. He’s always been able to leave his work behind at the end of the day . . . until now.

First in dreams, then in waking nightmares, Crossfades are bleeding into the physical world. And now it’s up to Chuck—along with his partner, a woman named Control—to put a stop to it. Because there’s no telling what might come over from the other side.

“Rose never lets up when it comes to disturbing concepts. . . . [Bleedovers] has a lot to offer those who love their horror.”—Publishers Weekly

“Bleedovers by William Todd Rose is a strong second novella in a series, and readers will want more of this strange world. . . . Rose has a gift for creating believable science fiction worlds that are wrought with real, and even imagined, dangers around every corner.”—Savvy Verse & Wit