The Mystery of Merlin and the Gruesome Ghost 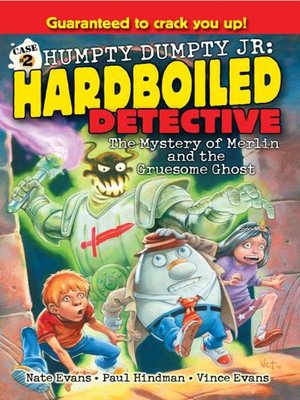 Guaranteed to crack you up! Bacon and Eggs walk into a diner. The waitress says, "We don't serve breakfast." (This has nothing to do with this book.) All kids have to go to school, even detectives' sidekicks. But Rat really doesn't want to. That is, until he finds out that he might be King Arthur reborn and gets invited to join Merlin's Institute for the Knowledge of Everything. But there is a problem. Princess Lily, Humpty and Rat's new friend, claims there is a ghost haunting the school. And not just any ghost one that eats magic! Can our three heroes banish the ghost from the school? Or will the ghost splatter and scramble Humpty and his friends? Don't forget to read Humpty's first egg