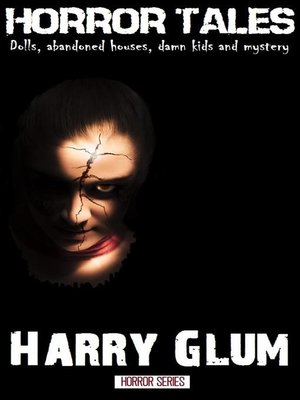 Three thrilling stories of horror and mystery. Three tales of classical style that will freeze you. Three fascinating stories for all the lovers of the genre.

The Father's Inheritance: a young mother discovers that her little baby is suffering from strange transformations. "One of those nights little Pete started breathing in a very strange way, very abrupt. Sharon got scared and turned on the light. Her son appeared to be sleeping peacefully, as if nothing had happened. Horrified, she could observe that the body of her adorable baby was covered by a kind of dark hair. She gasped and tried to calm down."

The Doll: little Penny finds a beautiful porcelain doll abandoned and decides to take her home. Her parents do not quite like that idea.

"Penny stared at her doll's face and discovered that it had changed. It was true, now she seemed angry. But until then she appeared to be happy and smiley."

The Forgotten House: an architect in trouble moves to a lonely house up in a hillside. "As usual, very late in the early morning someone was banging the door. He went down the stairs and got to the entrance with the hope that it was just a gang of bored children."

Harry Glum gives us as a gift three short stories that would be the delight of the most ambitious readers.