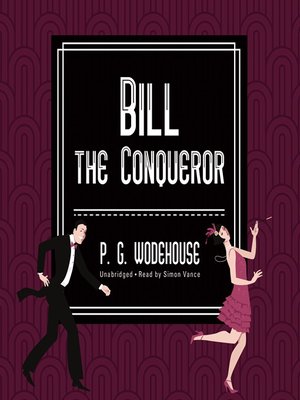 Sir George Pyke is quite disappointed in his son Roderick's business acumen. Roderick, unlike his old man, lacks the aggressive drive required of a business tycoon. So the elder Pyke resolves to marry him off to the sprightly Felicia, who has enough spark to manage any man and may just do him a world of good. All is going well until Bill West arrives from New York. Felicia recognizes in this strong, ambitious chap the man for whom she should forsake all others—but making their way to the altar may be easier said than done.

This romantic comedy from master humorist P. G. Wodehouse is sure to delight, whether you're new to his work or a longtime fan.