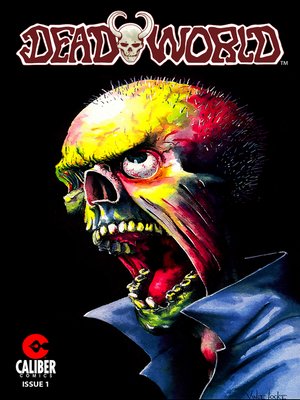 The very first issue of Deadworld! "Eye of the Zombie" A group of teens hide out in a school bus trying to find out what has happened and how it has become a world of zombies. The group consists of John and his younger brother Joey. Two friends known for their stance on anti-authority and suspected of being dope pushers, Mickey and Dan. Mike, who is the self-appointed leader and his girlfriend Chris, and finally Donna who has fallen for Dan. The group debates what they should do and where to accumulate supplies. But they do decide to leave the Baton Rouge area and head west towards California. But when they meet intelligent zombies, ones that can talk and think, they realize that perhaps the trek won't be as easy as they thought. See why The Tomb Magazine called Deadworld "amongst the most essential horror titles of the last twenty years" and Tom Sniegoski (Hellboy, Bone) says its "The best, in my humble opinion, of the zombie comics."