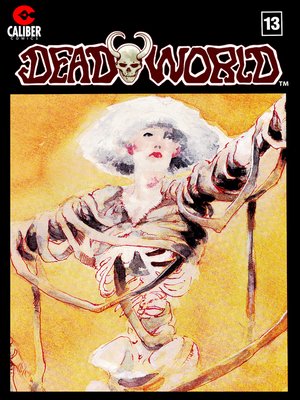 "Un-Dead Force" Moloch's mistress, Reyna, forces Wolverine to release Dan and she takes him to her quarters. King Zombie receives a report of Moloch's military city from other intelligent zombies. Dan overhears the talk of Moloch's mission and realizes that his friend Mike is dead. Moloch realizes that zombies are making a coordinated attack against his city and mobilizes his forces, unaware of what Reyna is up to. Moloch orders all of the remaining prisoners in the warehouse to be set free...to provide a distraction and food for the invading zombies. "Deadworld was hardcore. The violence was harsh, and writer Gary Reed's vision was dark." - Dana Tillusz, ComicReaders.com