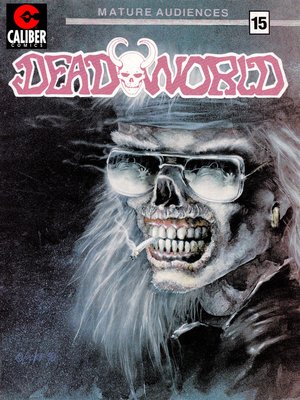 "Better Harms and Gnawing" Donna and Percy are captured by a roving motorcycle gang of humans. Donna is raped but Percy, being a perceived imbecile, is left alone. Dan and Joey are shocked when they are discovered by zombies while hiding out. To their surprise, the zombies aren't attacking, just walking right past them and they decide to follow the mindless horde. In his newly conquered city King Zombie discovers that all of his zombie troops are abruptly leaving...as if following some magical calling. Dan and Joey come upon the Voodoo Queen who seems to not only be controlling the zombie masses but now King Zombie as well. "I can't rave enough about this series." - Kenneth Gallant, Broken Frontier