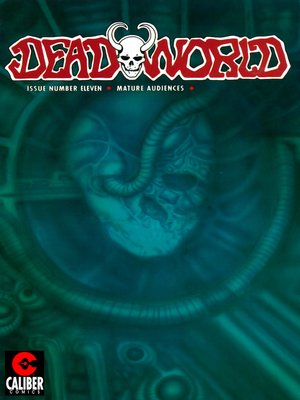 King Zombie unleashes his remaining dead against Rand and his leper colony in order to get Albert back. Bowker goes after the Scavengers and finds himself also against Katherine's townspeople, but he kidnaps Katherine, wanting her for himself, which enrages Dead-Killer to go after him. "Deadworld was hardcore. The violence was harsh, and writer Gary Reed's vision was dark." - Dana Tillusz, ComicReaders.com