ebook ∣ Every Series, Book 2 · Every 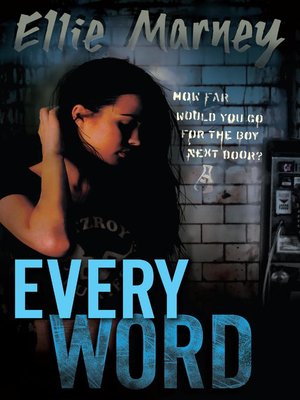 View more libraries...
What if Sherlock Holmes was the boy next door? A smart, sexy, fast-paced thriller from new YA sensation Ellie Marney. The second book in the Every series.

James Mycroft has just left for London to investigate a car accident similar to the one that killed his parents ... without saying goodbye to Rachel Watts, his 'partner in crime'.

Rachel is furious and worried about his strange behavior - not that Mycroft's ever exactly normal, but London is the scene of so many of his nightmares. So Rachel jumps on a plane to follow him ... and lands straight in a whole storm of trouble.

The theft of a copy of Shakespeare's First Folio, the possible murder of a rare books conservator, and the deaths of Mycroft's parents.... Can Watts help Mycroft make sense of the three events - or will she lose him forever?

Sparks fly when Watts and Mycroft reunite in this second sophisticated thriller about the teen sleuthing duo.