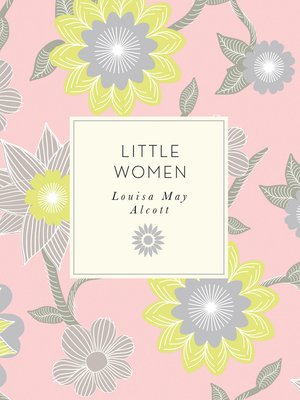 Knickerbocker Classics is proud to present Little Women, a coming of age story of virtue and true love in 19th Century America. Share this classic American tale with the next generation.
A true classic, Little Women follows the lives of Jo, Meg, Beth, and Amy March, four spirited sisters living in Civil War era America. Experience 19th Century America with the Marches as they navigate New England life with a father at war, financial hardships, and the lure and intrigue of the handsome young man who lives next door.
Originally published in 1868, Little Women was an immediate best seller that inspired three sequels: Good Wives, Little Men, and Jo's Boys. Little Women is based directly on author Louisa May Alcott's own early life. Alcott's father, a reformist and staunch abolitionist, was able to often meet with luminary Nathaniel Hawthorne, Ralph Waldo Emerson, and other figures that would influence her to become one of the great American authors of the post-Civil War era.