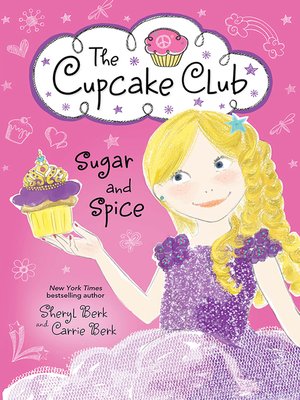 The seventh book in a delicious series by New York Times bestselling author Sheryl Berk and her cupcake-obsessed daughter, Carrie.

There's a new advisor for PLC...a GUY! But there's no time for adjusting—the Cupcake Club needs to whip up 2,000 mini cupcakes pronto.

The same can't be said for Meredith, whose favorite hobby is picking on Lexi. So when the PLC gets a cupcake order from the New England Shooting Starz—the beauty pageant Meredith is competing in—the girls have a genius idea; enter Lexi into the competition so she can show Meredith once and for all that she's no better than anyone else. Problem is, PLC has to make Lexi a pageant queen—and 1,000 cupcakes—all in a matter of weeks!

Have the girls of Peace, Love, and Cupcakes bitten off more than they can chew?