3 Story: The Secret History of the Giant Man 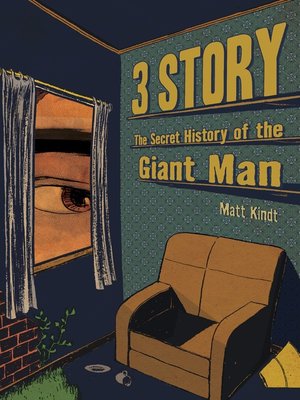 View more libraries...
What would it be like to stand head and shoulders above everyone else &mdash; and to keep growing? Unable to interact with a fragile world that isn't built to withstand your size? To live in a house that doesn't fit you anymore &mdash; with a wife who doesn't either?
Craig Pressgang's life is well documented in his official CIA biography, Giant Man: Pillar of America, but the heroic picture it paints is only half the story. The continuous growth caused by Craig's strange medical condition brings a variety of problems as he becomes more isolated and unknowable. Told in three eras by three women with unique relationships with Craig, 3 Story follows his sad life from his birth to the present.
* Kindt's Super Spy was Wizard's "Indie Book of the Year"!
"[Matt Kindt's] heavy, scribbly linework, executed with a precise but unfussy care, looks like nothing else out there." -NPR