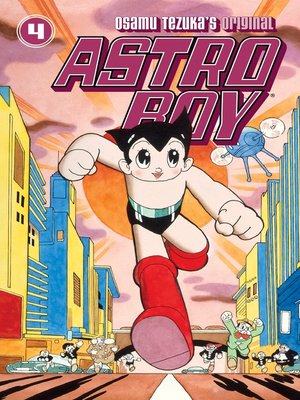 View more libraries...
Standing shoulder to shoulder with comics and animation icons Krazy Kat, Mickey Mouse, and Tin Tin, Osama Tezuka's Astro Boy remains as fresh today as when the boy robot first appeared nearly fifty years ago. And Tezuka's Astro Boy original manga are now finally available in America in an English-language edition, produced in collaboration with Studio Proteus and translated by Frederik L. Schodt, well-known to manga readers for his work on Ghost in the Shell. In this volume: Astro fights to free abused robots from a robot theme park that masks a secret weapons factory; Astro and fellow robots are stranded on the moon only to discover a valley full of diamonds...but they are not alone, and the diamonds are not unguarded; Astro becomes trapped in the twentieth century after a child prodigy's time machine breaks down; and Professor Ochanomizu and Astro Boy are caught up in a movement to overthrow a dictator who has a machine capable of producing human clones...and a force of evil robots to defend it!
This volume contains the following stories:
Robot Land
Ivan the Fool
A Day to Remember Ghost Manufacturing Machine