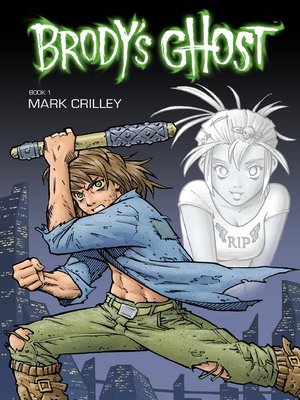 View more libraries...
Brody hoped it was just a hallucination. But no, the teenaged ghostly girl who'd come face to face with him in the middle of a busy city street was all too real. And now she was back, telling him she needed his help in hunting down a dangerous killer, and that he must undergo training from the spirit of a centuries-old samurai to unlock his hidden supernatural powers. Thirteen-time Eisner nominee Mark Crilley joins Dark Horse to launch his most original and action-packed saga to date in Brody's Ghost, the first in a six-volume limited series.

* Crilley is best known for his Akiko young-adult novels and comic books.

From the creator of the Eisner-nominated Akiko!