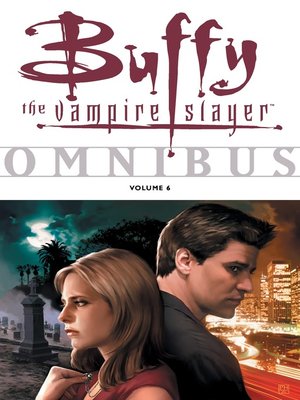 The Buffy Omnibus series continues with volume 6-delving further into Season 4 of the acclaimed television series and launching readers into the heart of Season 5. Buffy and Angel, who's now a resident of Los Angeles, must reunite to fight new foes, but Buffy's current flame, Riley Finn, isn't too keen on the former lovers reuniting under any circumstances. Meanwhile, things begin to heat up between Willow and Tara.

*"There's plenty of humor and action here. Lots of strange (and strangely fun) violence. And, for Slayer fans, Omnibus is an opportunity to run down memory lane and relive those early, exciting Slayer days."-Comic Book Bin