ebook ∣ Wolves at the Gate · Buffy the Vampire Slayer 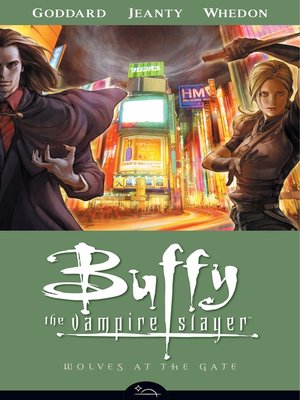 Vampires that, at will, can transform into wolves, panthers, insects, or fog invade the Slayer base of operations in northern Scotland, and not only walk away unscathed, but in possession of Buffy's scythe, the symbol of Slayer power worldwide. Buffy and the Slayer legion travel to Tokyo in order to learn more about their dangerous new foes, as Xander journeys to Transylvania to solicit the only person they've ever known to possess such power: Dracula.

*Includes the stand-alone issue written by Buffy creator Joss Whedon, "A Beautiful Sunset."*"The dialogue is Whedonesque and I can hear how the actors would read there lines. It's fun and witty and we're treated to more fantastical stories than the WB/UPN could ever pony up the money to do." -Comic Book Resources*A New York Times bestseller!