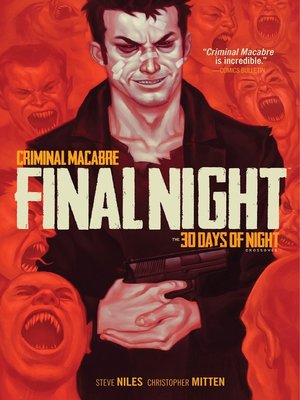 View more libraries...
Cal McDonald only wanted a beer; but what he got was a jaded federal agent and a story about vampires up in Barrow; Alaska. There's a new vamp in LA; and he's hell bent on bringing mankind to its knees. Collects Criminal Macabre: Final Night&mdash;The 30 Days of Night Crossover #1-#4.

* Features the death of a major character!