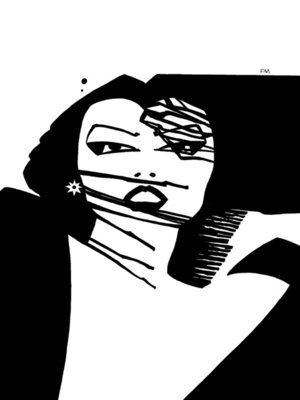 View more libraries...
Frank Miller's first&mdash;ever original graphic novel is one of Sin City's nastiest yarns to date! Starring fan&mdash;favorite characters Dwight and Miho, this newly redesigned edition sports a brand&mdash;new cover by Miller, some of his first comics art in years!
There's a kind of debt you can't ever pay off, not entirely. And that's the kind of debt Dwight owes Gail. The girls of Old Town have their own family values, their own laws-and when someone too dumb to know better breaks them, an example needs to be set. Dwight's got his own reasons for taking the job, and deadly little Miho... Miho likes to play with them a little first.
With a new look generating more excitement than ever before, this third edition is the perfect way to attract a whole new generation of readers to Frank Miller's masterpiece!
* Over a million Sin City books in print!
* New cover by Frank Miller!
* With Miller and co-director Robert Rodriguez gearing up for Sin City 2, this third edition is being released at just the right time!