Groo: The Hogs of Horder 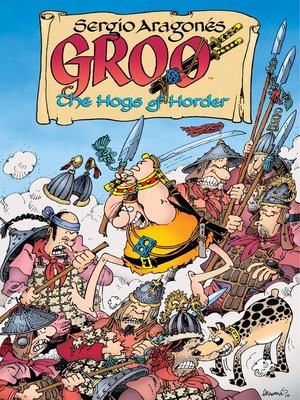 View more libraries...
You probably think Groo the Wanderer is the most destructive force in his world. Not so! Even at his most inept, Groo cannot destroy a village faster than the hogs of Horder. Theirs is an evil species that has existed forever and that spreads death and annihilation to this day. They control your mind, they control your body, and worst of all, they control your money. So what happens when Groo comes nose to nose with them? Find out in this latest Groo adventure!
Collects the four-issue miniseries Groo: The Hogs of Horder. The prior Groo miniseries, Hell on Earth, was nominated for the 2009 Best Limited Series Eisner Award!