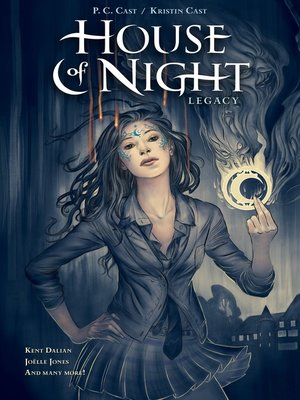 View more libraries...
Until recently, Zoey Redbird was an average high-school student worrying about grades, boys, and breakouts. But priorities have a way of changing when you're Marked as a vampyre, enroll in the vampyre academy House of Night, and have to figure out a whole new social hierarchy, affinities for elemental magic, and physiological changes that make you crave blood!
Follow Zoey, and her group of devoted friends, as they turn to The Fledgling Handbook, a historical vampyre tome, in hopes of better understanding this big, new world of vampyrism.
The magical world of New York Times best-selling authors P. C. Cast and Kristin Cast comes to comics! Collects issues #1–#5 of the series.