ebook ∣ The Will of the Fang · Lone Wolf and Cub 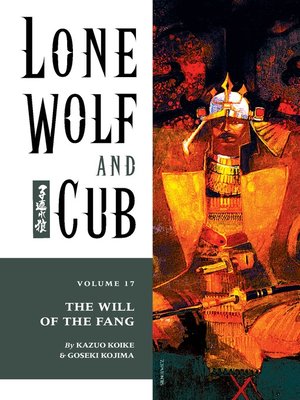 View more libraries...
The epic journey of Ogami Itto and Daigoro continues in this stunning volume! A female yakuza and her band are ordered to catch Lone Wolf and Cub, but the authorities aren't counting on a woman's heart. Meanwhile, the Yagyu have called in Japan's most deadly bounty hunters, and offer an even greater reward &mdash; can the Lone Wolf trust anyone around him, when the lure of wealth tempts even seemingly harmless peasant folk? And with Daigoro feverish and near death's door, can Lone Wolf and Cub make it through a winter gale to safety?
This volume contains the following stories:
To a Tomorrow That Never Comes
Bounty Demons
The Will of the Fang
When the Wolf Comes
Life in Death