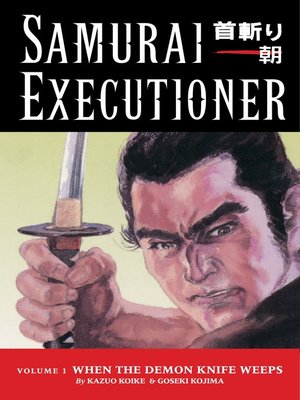 View more libraries...
From the creators of Lone Wolf and Cub comes Samurai Executioner. It's true! Before Koike and Kojima created Itto Ogami, they created Kubikiri Asa, better known to Lone Wolf readers as Decapitator Asaemon. He was the equal to Itto, bearer of the sword Onibocho, the man charged with the duty of testing the swords for the shogun. Samurai Executioner is based on the decapitator himself, in life before his fatal duel with Lone Wolf. Expect the same legendary drama, frantic action, and stoic samurai stature, combined with the exemplary art and storytelling that made Lone Wolf and Cub one of the most popular and influential comic books in the world!

• Never before published in America, Samurai Executioner was the precursor to one of the most seminal works of manga, Lone Wolf and Cub!

• Since the inception of its Lone Wolf and Cub publishing program in 2000, Dark Horse has sold over 800,000 copies! And the series continues to sell thousands per month!