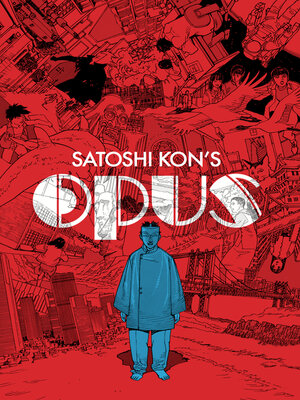 View more libraries...
Brilliant anime director Satoshi Kon (Paprika, Paranoia Agent, Tokyo Godfathers, Millennium Actress, Perfect Blue) died tragically young in 2010 at the age of forty-six. But before he became a director, he was a manga artist, and Dark Horse is honored to remember Kon with the release of Satoshi Kon’s OPUS, an omnibus collection of a two-volume manga from 1996, created by Kon on the eve of his first film. OPUS contains the mastery of both realism and surrealism that would make Kon famous in Perfect Blue, as a manga artist planning a shocking surprise ending to his story gets literally pulled into his own work—to face for himself what he had planned for his characters!
* Satoshi Kon was a Time magazine 2010 Person of the Year.
* Kon was eulogized by director Darren Aronofsky.
* Kon was a chief assistant to Katsuhiro Otomo on the Akiramanga.